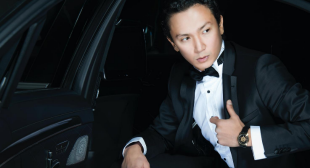 Though many people attribute their success to “hard work,” it’s not that convincing. After all, a majority of people work hard enough at their jobs or endeavors without seeing any favorable returns. What helped to tips the scales in favor of the winners, the multi-millionaires, the masters?

To be successful, you have to see it as an achievable outcome that requires a certain number of steps to be followed. Hard work is only a small part of it. To propel oneself to the coveted levels of success, a person must be able to push himself, continually, to be a better version of himself.

The thing that sets successful people apart are these seven qualities that we often fail to see:

1. Appreciating the people behind the scenes

If you stop to count the number of people that influence your ability to accomplish great work, you’d be surprised. Regardless of how media depicts success, no major accomplishment is a one-person show. To become truly successful, a person must appreciate the support that he receives from other people.

Your team might be your employees, your colleagues, or even your family, who supports your ambitions and helps you reach your goals. It’s crucial to appreciate and let your team know their contributions are vital to your success. It’s always a good practice to see your team as a monumental element of your journey and give them the respect they deserve.

“Trade your expectations for appreciation and the world changes for you.” – Tony Robbins

The ability to listen attentively will open many doors when utilized correctly. If you want to achieve something sustainable, begin by listening to people. No matter who they are, superiors or subordinates, people respect an individual who can put everything aside and hear what they have to say. Not only does it show that you respect their opinions but also hugely determines how others view you as a leader and human being.

Thankfully, being a good listener is a quality that is not inborn but a matter of practice. Honing and enhancing this skill will make people instinctively gravitate towards you, as they can openly communicate with you with minimal interruptions and keen interest.

Some people call it drive while others refer to it as hunger. You might not be the smartest person in the room, but if you have grit, you’d be pretty much unstoppable.

Successful people have grit at their core. They carry the yearning, the gnawing desire to do more, be more. They are willing to do things that ordinary people hesitate to do. Somedays, you might have to miss your favorite movie or pull an all-nighter to get a job done. Recognize that these are only a few hurdles to your end goal.

However, it goes far beyond only working hard. Having a hunger for greatness implies that you should always be ready to learn. The sooner you realize that you know very less about anything, the more you’ll learn. Value people, communicate, build connections, read, scour the Internet. The options to learning are endless.

Everyone follows the rules because it works. It is a safe path that can guarantee a specific result. Yet it is also the same thing that makes you run a blind rat race until you realize that half of your life is gone and you didn’t spend it the way you wanted.

It takes a major cognitive shift to realize that the way things are and have been, can always be challenged. We need to look for solutions to our problems, not necessarily what everyone has been conditioned not to question. Act, think, and go in a radically different direction and field, and have confidence and courage in your ideas. Because to make an impact on the world, you need to stand up and protect your ideas.

The right attitude is what makes or breaks your success. Here’s the thing: you can be a winner even when you fail. But only if you have the appropriate attitude to see it as such. Successful people know that failure is inevitable. Rather than succumbing to your negative thoughts, use your time and energy to find opportunities to put you ahead.

Attitude is the X factor that can turn a significant setback into a life lesson to be learned. When you’re able to see the positives in a negative situation, you’ll take failure at its face value and never shield you from taking active risks.

“If you don’t like something, change it. If you can’t change it, change your attitude.” – Maya Angelou

Humility is such an underrated trait, often because people mistake it for weakness. To show humility is to appreciate the struggle and grind that others have to go through by helping as much as you can.

Striking that balance, succeeding without ever forgetting where you came from, or how many other people out there are still struggling, is how you gain the influence and respect that lasts. It’s a kind of superpower you’ll be able to always turn to in your pursuit of additional wealth and self-improvement.

Ultimately, the key to maintaining it is not allowing your perspective to become deluded by the success that may turn out to be temporary.

An incredible revelation about all highly successful people is that they are all consistent. They do the same thing, the same pitch, with the same level of dedication repeatedly. Consistency builds discipline. Disciplined actions that are done consistently create success. Practice a consistent, disciplined approach to your life.

A consistent approach starts with being disciplined in your day-to-day activities. If a particular strategy doesn’t work and you keep changing it, you’ll think nothing works. Come up with a method and be consistent with it until you’re sure which parts don’t work. Start with today.