A Greek-ish Pasta Salad That Will Never, Ever Bore You

When I was at the grocery store a few weeks ago, I saw something called courgetti which made me stop in my tracks. It was green and swirly.

“Zoodles!” I pointed at it and said, as though accusing it of something. Which I kind of was. Courgetti sounds way too much like an actual kind of pasta (sorry, zoodle fans). And then I walked away because I don’t want to be the lady at the store who talks to the produce. My local Sainsbury’s already has a celebrity: “Badass Cat Proves He Is the True Owner of This Supermarket in London.” 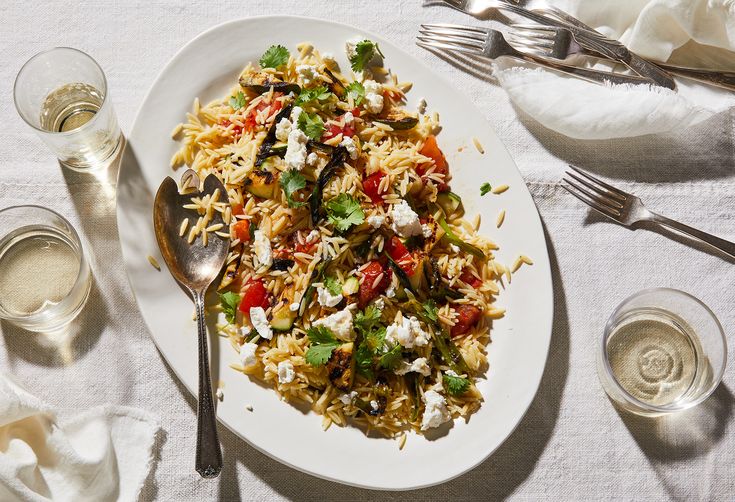