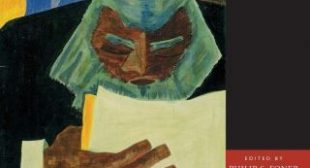 “Truth always rests with the minority,” the lonely and ostracized Kierkegaard fumed in his journal in 1850, “because the minority is generally formed by those who really have an opinion, while the strength of a majority is illusory, formed by the gangs who have no opinion.”

Across the Atlantic, another visionary of uncommon lucidity and countercultural courage was arriving at the same conclusion by a very different path, making it his life’s work to awaken a young and conflicted nation to this difficult, necessary truth of maturation. That same year, the thirty-two-year-old Frederick Douglass (1818–1895) declaimed in a powerful anti-slavery speech, included in his indispensable Selected Speeches and Writings (public library):

There are times in the experience of almost every community, when even the humblest member thereof may properly presume to teach — when the wise and great ones, the appointed leaders of the people, exert their powers of mind to complicate, mystify, entangle and obscure the simple truth — when they exert the noblest gifts which heaven has vouchsafed to man to mislead the popular mind, and to corrupt the public heart, — then the humblest may stand forth and be excused for opposing even his weakness to the torrent of evil.

Early in his career as a novice itinerant speaker for William Lloyd Garrison’s antislavery activism movement, Douglass had been especially impressed, in both senses of the word, by the example of the white women who so concertedly opposed the torrent of evil — women who taught him the true meaning of solidarity by paying the price of severe ostracism to play a central role in the movement’s recruiting, fundraising, and organizing; women who set aside their own suffrage to take up the cause of abolition and in consequence were not enfranchised as full citizens of their own country until almost half a century after black men got the right to vote; women one of whom Douglass would eventually fall in love with and marry.

In a letter to a friend, penned in the same era as his contemporary Margaret Fuller was laying the foundation of American feminism while advocating for prison reform and black voting rights under her animating ethos that “while any one is base, none can be entirely free and noble,” Douglass reported on a series of antislavery rallies across Pennsylvania, where he and his fellow Garrisonians were met with hostility. With a swell of gratitude to the handful of local supporters who had stood up to the majority of their own community to attend and support the meetings — a living testament to Albert Camus’s insistence that “real generosity toward the future lies in giving all to the present” and to James Baldwin’s exhortation that “we must dare to [take it] upon ourselves to become the majority by changing the moral climate [for] it is upon this majority that the life of any nation really depends” — Douglass wrote:

Our few friends in that place, who are not the sort to be discouraged… filled me with admiration, as I viewed them occupying their noble position; a few women, almost alone in a community of thousands, asserting truths and living out principles at once hated and feared by almost the entire community; and doing all this with a composure and serenity of soul which would well compare with the most experienced champion and standard bearer of our cause, Friend Garrison himself. Heaven bless them, and continue them strength to withstand all trials through which their principles may call them to pass.

Decades later, from the hard-earned platform of a long and far-reaching life, he would revisit the subject in his final autobiography, The Life and Times of Frederick Douglass (public library):

When the true history of the antislavery cause shall be written, woman will occupy a large space in its pages, for the cause of the slave has been peculiarly woman’s cause.

Observing woman’s agency, devotion and efficiency in pleading the cause of the slave, gratitude for this high service early moved me to give favorable attention to the subject of what is called “Woman’s Rights” and caused me to be denominated a woman’s-rights-man. I am glad to say I have never been ashamed to be thus designated.

Complement with James Baldwin on resisting the mindless majority and Octavia Butler on how (not) to choose our leaders, then revisit this lovely illustrated celebration of Douglass’s friendship with Susan B. Anthony and the little-known, colossal role astronomy played in his activism.