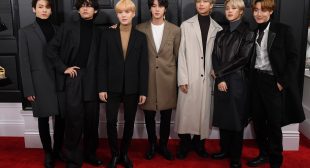 ARMYs are already preparing to pass out next Friday, because not only is Map of the Soul: 7 dropping—the boys are also headed to TODAY. Of course, that leaves many wondering how to stream BTS’ TODAY show 2020 performance. Don’t worry, ARMYs. We’ve got options.

While TODAY claims that BTS are set to appear for an interview, some ARMYs are convinced that a performance will still take place. Perhaps something along the lines of their “Black Swan” performance at the Late Late Show with James Corden? We can dream. Either way, however, fans are eager to tune in.

If you do happen to find yourself in New York City, it’s also important that we mention: You may not even need to stream the show. NYC ARMYs can sign up to win a Fan Pass here, which, if selected, will give you and a friend the chance to enter The Plaza at Rockefeller Center before the general public gets access.

Fan passes will be distributed according to a digital lottery, so not everyone will win. Even if you don’t win one, however, not all hope is lost: Fans can still join the general admission line on the morning of Friday, Feb. 21 to watch BTS on stage. Fair warning—just get there early. Really, really early. TODAY show crowds are notoriously packed.

Now, if you’re not from the tri-state area and/or you prefer to catch the boys from the comfort of your home, then you have a few ways of doing so. If you live in the U.S. and have access to basic TV programming, you can catch the appearance right on NBC beginning at 7 a.m. EST.

As for streaming, download the NBC app or Hulu with Live TV, which will also give you access to the appearance as it’s happening live. Otherwise, you can wait a few extra hours for NBC to upload the episode on their website in full, and share the interview to YouTube—likely later that day.