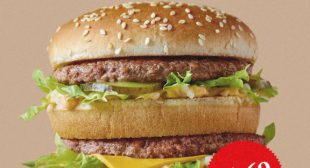 LONDON—To get people back dining in restaurants after businesses took a huge hit during the Covid-19 lockdown, the U.K government is subsidizing people’s food bills throughout August.

The government is paying 50% of residents’ dine-in bills up to 10 pounds ($13) per head every Monday, Tuesday and Wednesday. Restaurants that have signed up to the “Eat Out to Help Out” program then claim back the cash from the government.

To announce that McDonald’s is taking part, Leo Burnett London has created a nostalgic social spot featuring advertising footage from its 1990s campaigns–highlighting that the price of a Big Mac has now returned to 1990s pricing of just 1.69 pounds ($2.22.)

The spot, launched today across McDonald’s U.K social channels, is even set to the soundtrack “I Want You Back,” the 1996 debut track by boy band ‘NSYNC that was a big hit in Europe.

“This film celebrates the decades-long relationship McDonald’s has had with its customers across the nation, tapping into our desire for comfort and nostalgia while reinforcing McDonald’s generosity and value,” said Mark Elwood, executive creative director at Leo Burnett. Join the foremost brand marketers, such as Marc Pritchard, Brad Hiranaga, Kory Marchisotto and more, for Brandweek Masters Live on Sept. 14-17. Secure your pass and learn from the brand masters.