Nothing Is Fixed: James Baldwin on Keeping the Light Alive Amid the Entropic Darkness of Being, Set to Music 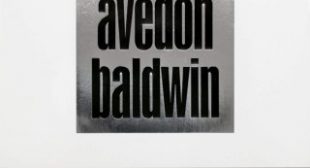 “Against this cosmic background the lifespan of a particular plant or animal appears, not as drama complete in itself, but only as a brief interlude in a panorama of endless change,” Rachel Carson wrote in her poetic, unexampled 1937 essay Undersea as she incubated the ideas that would awaken humanity’s ecological conscience. “There is grandeur in this view of life,” Darwin had written in the closing pages of On the Origin of Species in the middle of the previous century, as though to offer preemptive succor for humanity to steady itself against as he dismantled our comfortable and complacent age-old certitude that we are the pinnacle of “creation,” finished and complete — a certitude applied to the evolutionary, but stemming from the existential, for what is true of the species is true of the individual. As the Harvard psychologist Daniel Gilbert aptly observed, “human beings are works in progress that mistakenly think they’re finished.”

But we are — as individuals, as a species, as a society — unfinished and incomplete, our story unwritten. Darwin and Carson both intimated that while there is disorientation in accepting ourselves as increments in advancement the arc of which far exceeds our lifetimes, there is also transcendence, for a story yet unfinished is a story with myriad possible endings — a story that forestalls despair by the sheer force of possibility; a story in which our individual lives matter not less but more, for they are the pixels shaping the panorama of endless change.

That is what James Baldwin (August 2, 1924–December 1, 1987) explores a century after Darwin and a generation after Carson in the final essay from the forgotten treasure Nothing Personal (public library) — his collaboration with the great photographer and his former high school classmate Richard Avedon, which also gave us Baldwin on the ultimate lifeline for your hour of despair.

Baldwin considers how we “emptied oceans with a home-made spoon and tore down mountains with our hands” — a sentiment referring to the failures of human rights and social justice he had witnessed and experienced in his own life, but drawing on nature for a metaphor that renders it all the more poignant in the context of our present ecological undoing — and writes:

In consonance with Viktor Frankl, who upon surviving the Holocaust two decades earlier had written stirringly about the moral obligation to “say yes to life, in spite of everything,” Baldwin reflects on the stubborn light that must have blazed in his own parents’ eyes in order for them to survive what they survived, in order for him to exist, and adds:

This is why one must say Yes to life and embrace it whenever it is found — and it is found in terrible places; nevertheless, there it is.

In this highlight from the fourth annual Universe in Verse — a charitable celebration of the 50th anniversary of Earth Day, the creation of which was inspired by Rachel Carson’s work — musician, activist, and light-filled human vessel of change Morley — the visionary behind the wondrous Borderless Lullabies project — set Baldwin’s transcendent words to music, with Chris Bruce (her sweetheart) on guitar in their quarantine quarters and Dave Eggar on cello, invisible across the spacetime of distanced digital collaboration.

For other highlights from The Universe in Verse, savor astrophysicist Janna Levin reading “Antidotes to Fear of Death” by astronomer and poet Rebecca Elson, astronaut Leland Melvin reading Pablo Neruda’s love letter to the forest, a stunning animated short film of poet Marie Howe’s ode to our cosmic belonging, Rosanne Cash reading Lisel Mueller’s subtle poem about outgrowing our limiting frames of reference, and a lyrical watercolor adaptation of Mojave American poet Natalie Diaz’s ode to brokenness as a portal to belonging and resilience, then revisit Baldwin on resisting the tyranny of the masses, the writer’s responsibility in a divided society, how he learned to truly see, and his advice on writing.