The Problem Is Not Actually the Problem: Here’s Why 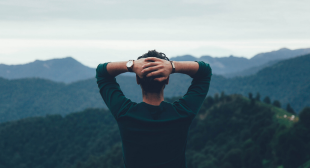 With my understanding of the Three Principles, which is deepening month-by-month, I’m becoming more curious about whether the ‘problem’ that we think we have, is really a problem. Not for one second am I dismissing a persons’ experience; I’m human after all and I encounter challenges and what I think are ‘problems’ just like the next person.

I’ve worked with many people over time with such a broad range of presenting issues. I remember the heading ‘Presenting Problem’ being a prominent part of assessment tools that form part of the admission process across the range of mental health and addiction services.

I’d like to just briefly highlight some of the presenting problems that I’ve mentioned and show you that, through conversations that I’ve had with clients (respecting confidentiality of course), how we can learn quickly that the initial presentation is not the problem. Not only that, when the individual has realised this for themselves, it has changed their life.

‘Simon’ had a diagnosis of depression and was now starting to avoid social situations as he didn’t feel confident enough in groups. Through a conversation I learnt that Simon was just about holding down a full time job and was experiencing a lack of confidence in it – their boss was telling them that they need to improve their performance and was providing support systems in the workplace to do this.

We learnt together that Simon had once been told he ‘wasn’t good enough’ by his step-father and he carried that statement with him for almost 30 years. He’s generally been able to carry on with his life and feels confident most of the time.

Simon realised though, that the feedback from his boss had reminded him of being told he wasn’t good enough by his step-father many years ago. Simon gained an understanding that his feelings were as a result of his thinking in the moment, that he had carried an opinion from someone (which is not based on fact) over time and it had become part of his belief system. He had spent most of his life looking for confirmation to validate a statement made by one person.

This is why the comments from his boss (who he otherwise described as being very supportive) seemed to reinforce his step-father’s statement. He gained an insightful understanding that his experiences were actually coming from himself – his thinking.

I wonder if this is something you can relate to on any level?

Michelle was presented as suicidal and had recently experienced a miscarriage with what would have been her second child. Through a conversation, Michelle explained that she had become pregnant following a sexual assault. She had decided to keep the child, against the wishes of everyone in her family – including her husband. While they tried to be supportive, she felt they never really understood her and why she had wanted to keep the child.

Michelle realised that she had wanted to keep the child as a way to avoid ‘grieving’ following the sexual assault. She desperately wanted to have the child as a way of making something good out of the bad that had happened to her. She hadn’t had an opportunity to talk with someone who was listening impartially to her story. She felt that the miscarriage was now forcing her to grieve and she was scared of the feelings attached to the grieving.

Michelle gained a new perspective and realised that her feelings (all coming from her thinking associated with her situation) were natural and they were meant to be like that. She realised being fearful of the feelings were actually heightening her anxiety.

Peter presented with daily alcohol consumption and had recently started binging on cocaine on weekends. He was experiencing what he called a high level of stress and he felt the substances were helping him to cope with it.

Peter realised that the pressure was coming from himself to perform. He understood that he had been able to trust himself up until this point (he was now in his 50’s). Peter was able to see all the evidence, which pointed towards knowing that he can rely on himself. He had experience over many years running the business and didn’t want to let anybody down.

Through the insight, he found that his substance misuse behaviour totally changed and he became completely abstinent.

On each of the examples I’ve mentioned, I’ve only briefly broken the conversations down and with that, tried to help you to see that what we think is our problem, might not be. It could be a symptom of the problem and very likely will be the case.

It is not that we need to delve into the past and talk about those issues to heal the now. That’s not my message. It’s more a case that we can realise we’ve carried certain feelings – attached to thoughts, which aren’t true. Catching on to that understanding is life changing. It was for me and also those clients I have reflected on.

It’s also not about being a positive thinker, which of course is great, but that would sound quite judgmental towards someone if they are being negative thinkers. It’s more than that, it runs deeper. It’s within you – it always is, always has been, and always will be.

By our design, we are meant to feel a particular way in relation to certain things and quite often fearing how we’re feeling about the problem, can be the problem.

Consider a stream of water as a useful metaphor – or our ‘stream of thought.’ The end of the stream, if you like, being the presenting problem. By moving further up the stream – through a heartfelt and correctly guided conversation, the further we go, the closer we are to finding where the stream starts (or where the problem really is). We might also find that the problem we thought we had is not a problem.

Actually, all we need to remember is that everything is created with a thought and we can choose to think about those thoughts in a different way in any given moment.

What about this article resonated most with you and why? Share your thoughts with us below!