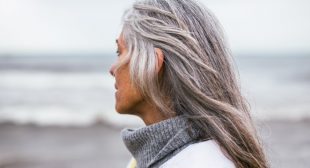 When the study began, none of the participants showed signs of Aβ build-up, however at the end of the follow up period 40 participants tested positive. All participants also completed memory tests and other cognitive checks. The researchers found that those who had performed worse on cognition had a higher risk of testing positive for Aβ during follow up.

They also found that even extremely low Aβ levels, below what is used in diagnosis currently, can be a sign of potential future continued buildup and that “cognitive performance was still significantly predictive even after controlling for this pathology,” said Elman.

The reassurance of the use of simple cognition tests in diagnosing and predicting Alzheimer’s disease means that these low-cost procedures are still worthwhile and even useful as Alzheimer’s research continues. As research into the area continues, identifying people who are at risk for the disease can help better treat them and potentially aid in the research needed to eventually find a cure.

While there isn’t a cure for this disease, there are things that seem to help with promoting brain health and delaying dementia. The keto diet, exercise, and even drinking coffee have all been linked to helping stave off the disease.