10 Million People In The U.S. Are Deficient In This Nutrient — Are You? 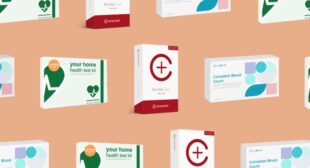 If you haven’t given your iron levels a second thought until now, you’re not alone. Iron deficiency is the most common nutritional deficiency in the world, with 30 percent of the worldwide population1 being iron-deficient. Factors like food availability contribute to this number being larger in developing countries than in first-world countries, but a staggering 10 million people in the U.S. are iron deficient1. So, even if you eat a diet rich in iron, it’s still a good idea to keep an eye on your levels with an at-home iron deficiency test or (preferably) a trip to the doctor, as this nutrient is actually among the most difficult to absorb—especially if you’re relying on plant-based food sources.

You may have heard the term anemia, and refer to it simultaneously as iron deficiency—but the two conditions have clinical differences. Iron deficiency (ID) is defined as the decrease in the total content of iron2 in the body. Iron deficiency anemia (IDA) occurs when iron deficiency is severe enough to reduce the production of red blood cells. And while, yes, they are clinically different, iron deficiency can be a precursor to iron-deficient anemia.

A simple blood test can determine the levels of iron and ferritin (iron stored in your body). However, asking your healthcare provider to order iron tests can be time-consuming and expensive, as you’ll often need to travel to a costly lab to have your blood drawn, and then wait for your doctor to relay your results. As a remedy to this often costly, lengthy process, at-home lab testing is becoming more and more commonplace. People can now order tests from the comfort of their homes, mail in the samples, and receive results within days—all for a flat rate.

Keep reading to find out the best at-home iron deficiency tests we’ve found, and to learn more about why iron is an important nutrient.