Are You Rushing Into Couples Therapy for the Absolutely Wrong Reason? 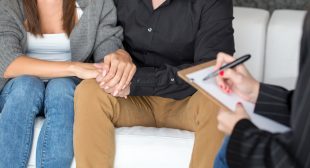 In the past, people, let alone couples, rarely sought therapy for fear of being labeled “crazy” or institutionalized. There was a terrible stigma associated with “seeking therapy.” Yikes!

Over the years, however, “therapy” has become more mainstream and couples have begun to embrace it – but, not for the reasons you think. You probably think couples are rushing to get therapy due to communication or conflict issues, and while this is true for some couples, others seek it for “unorthodox” reasons that will surprise you.

So, what are some of the absolutely wrong reasons couples rush into therapy? Well, you are in luck because this article is going to explain why therapy is so popular amongst couples.

Who would have thought that therapy could or would ever be “trendy?” Well, guess what? Therapy is popular, and trendiness is a wrong reason couples are rushing to get therapy.

Don’t believe me? Just turn on the Dr. Phil show, which by-the-way, boasts 4.4 million views a DAY! Or, what about the most famous celebrity therapist, Dr. Drew? If you’ve ever seen an MTV reality show, you know that he is well-known for “aftermath” and “follow-up” shows.

And, I know you’ve heard of the world-renown sex therapist, Dr. Ruth. So, couples are running to therapy because, well, it’s everywhere – and it’s kind of cool to the younger generations.

Ask a millennial or younger, and he/she will tell you the best way to “get in touch” with yourself is through therapy.

FYI: Couples shouldn’t go to therapy simply because it’s trendy. The goal of therapy is to give you the tools to resolve issues within your relationship.

Another unjustified reason couples are entering therapy is for validation. In other words, if one (or both) individual(s) in the “coupledom” doesn’t feel heard – or respected, he/she or they can always seek couples therapy. In fact, it’s quite common for individuals in a relationship to seek, from a therapist, what they are not getting from their partners.

Therapists are so good at what they do, it’s common for clients to fall in love with them. Sorry, but that’s pretty unethical. Still, it happens – a lot.

Basically, couples want someone to “take their sides” which is why more and more couples are rushing to get therapy.

FYI: Couples shouldn’t seek couples therapy merely because they want someone to validate them. Therapists are not there to validate you; they are there to help you work through relationship issues. Therapists also aren’t there to take sides – they are required to remain neutral.

Ultimately, the goal of therapy is to help you better understand the cause(s) of your relationship issues so that you can improve your relationship. Validation is never a reason to go to therapy.

Although there are many legit reasons to attend couples therapy, one improper reason couples go to therapy is so they can embarrass and shame one another. Believe it or not, some couples rush to get therapy, so they can make their partners feel bad. They believe that therapy will somehow shame their partners into “behaving.”

The truth is, embarrassing or shaming your partner in front of a therapist will not make him/her “act right.” If anything it will cause more tension in your relationship.

FYI: A therapist’s role is not to make one partner submit to the will of another through bullying, intimidation, or humiliation, instead the goal is to help you communicate better and healthily resolve conflicts. Therefore, it is never wise to seek therapy simply because you want to hurt your spouse. This, like the previous two reasons, is an unjustified reason to seek therapy.

Other couples hardly see each other due to work and child-rearing responsibilities, so they use the once or twice a week therapy session, as a way (a misguided one, no doubt) way to “catch-up” with one another.

The thing is, therapy was not designed to be a social activity for couples. Rather, the goal of couples therapy has always been to help couples resolve issues plaguing their relationships. The truth is there are plenty of ways couples can “reconnect” that do not involve sitting in a therapist’s office a couple of times a week.

In summary, couples therapy is a wonderful way to work through communication issues, a lack of intimacy and affection, dysfunctional behaviors, indifference, emotional avoidance, family-of-origin issues, past relationship traumas, low self-esteem, financial concerns, etc. But, it is not something couples should do just because its “trendy,” a way to gain validation from someone outside of the relationship, a way to plot revenge on a partner by embarrassing and/or shaming him/her in front of someone else, or for recreational purposes – because they have nothing better to do. Yet, couples still rush to get therapy for those very entirely wrong reasons.

Remember, therapists are not babysitters – they are healers. In fact, the word, “therapy,” actually stems from the Latin/Greek word, “therapīa,” which refers to “treating” or “curing” others” – not minding couples, who don’t really need the help.

The post Are You Rushing Into Couples Therapy for the Absolutely Wrong Reason? appeared first on FinerMinds.