Scooter-Sharing Is a Big Deal. There’s Just One Problem: No One’s Heard of It 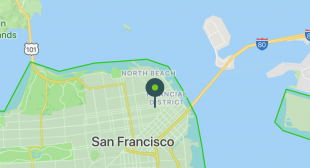 Everything old is new again.

That’s so often the case with fashion, movies, and other key elements of pop culture. And now, it’s true of the modes of transportation we use to get around — in some cities, anyway.

When I was in San Francisco in April, it seemed that — in nearly an instant — everyone was talking about electric scooters and the new system of sharing them: scooter-sharing.

My fellow tech reporters were tweeting jokes about their popularity. Abandoned, unreturned scooters were strewn about sidewalks throughout the city, many residents still trying to figure out how they ended up there, or what purpose they even served.

Nevertheless, this mode of transportation — which many of us haven’t considered since before we had driver’s licenses — has been on the minds of Silicon Valley professionals. Among them are investors, who are leading to the valuation of some of the companies behind electric scooters to reach the billions.

But if you haven’t heard about this new transportation trend — despite its popularity — surely, you’re not alone. (That’s what our research shows, anyway.) Allow us to enlighten you, and figure out if (or how) scooter-sharing will go mainstream.

Will Scooter-Sharing Be the Next Uber? Maybe, Once People Hear of It

The concept of scooter-sharing is comparable to the models of Uber, Zipcar, or city bike rental programs. With scooter-sharing, electric scooters are available to rent for short-term periods, and some of the companies behind them — like Lime — offer similar systems for traditional bicycle rentals.

Equally similar to ride-sharing systems like Uber and Lyft, most scooter-sharing also requires an app through which users can unlock a scooter for a ride by scanning a QR code on the handles. Here’s what it looks like on Lime (since Lime-S, its scooter-sharing service, isn’t available in Boston yet, I was obligated to pretend-scan a plant on my desk.) 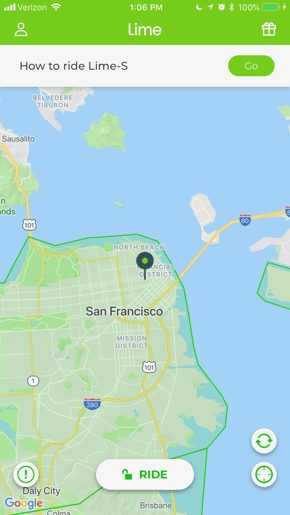 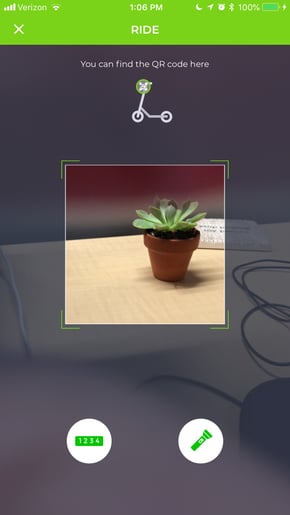 Scooter-sharing companies, at least in San Francisco, are currently stuck in what Megan Rose Dickey of TechCrunch calls “a bit of a legal gray area” — they aren’t fully regulated, though they’ve faced issues in cities like Indianapolis and Honolulu, and  the San Francisco Municipal Transportation Agency is looking to create some sort of legislation that would formalize how these companies operate within the city.

Some companies appear to have rules, however, such as requiring a helmet or a valid driver’s license to operate the scooter, the latter of which is a traffic law. (When I downloaded both Lime and Bird, I wasn’t asked to provide proof of a valid driver’s license, though I also didn’t get to the point of fully unlocking a scooter.)

Bird asks users to bring their own helmets, while Lime provides the option to purchase one from the company — though, again, it’s unclear how either verifies that the rider is following that guideline. 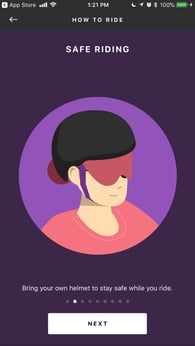 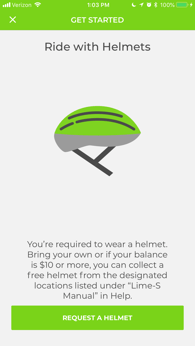 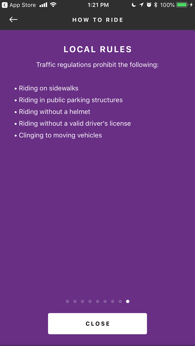 Several arguments have been made in favor of scooter-sharing permeating the market. It’s been advertised as an alternative to automobile use, as Lime’s own data indicates that 60% of users said their Lime-S ride replaced a trip that would have otherwise been by car — personal, rideshare, or taxi.

And while scooter-sharing’s relationship with public transportation is up for debate, it appears as though this newer mode of transportation might complement bus or subway systems. That same data from Lime also indicates 40% of users got to or from public transit stations on one of its scooters. 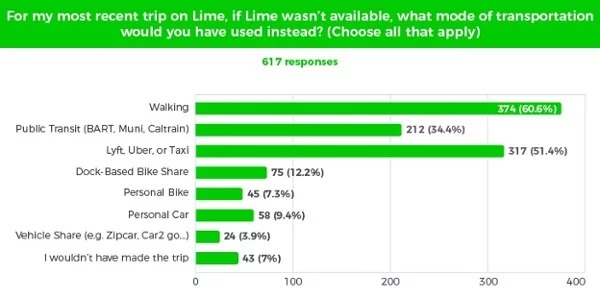 It’s worth mentioning that Lime’s survey sample was 7,000 scooter riders in San Francisco — for context, that’s about .08% of the city’s population, which has placed a market cap of 1,250 Lime-S scooters (which 93.8% of the company’s survey respondents said was too few).

But outside of this tech-centric metropolis, what do people think of scooter-sharing? According to our data, most haven’t really heard of it. 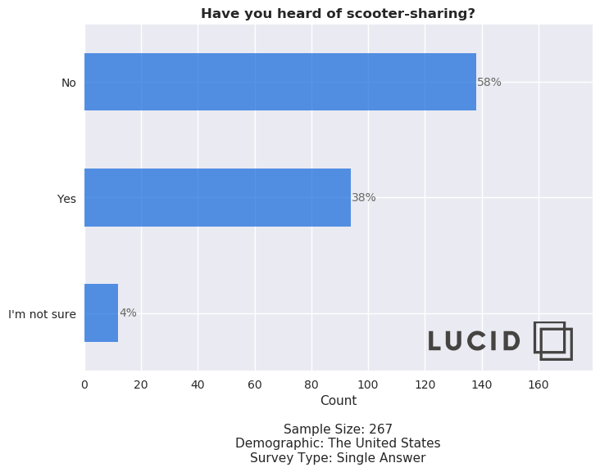 This data raises the question: Can scooter-sharing go mainstream, and if it can, how will it get there?

The Sustainability of Scooter-Sharing

Here’s the thing about ride-sharing systems that use traditional automobiles: They’re complicated.

Lyft, for instance, has communicated an intention of reducing car ownership overall by making its services more widespread. That can have several implications for the environment, city planning, aging populations, and others who drive less for a number of reasons.

But Christina Bonnington of Slate points out a bit of a contraction there: Although “250,000 Lyft users abandoned vehicle ownership in favor of ride-sharing, and half of its users reported driving less frequently now … the company put 520,000 additional drivers on the streets” in 2017.

How good that is for the environment is up for debate.

That’s where the impact of bike- and scooter-sharing programs come in. The scooters run on battery power, eliminating any fossil fuel emissions. As for bicycles — well, they’ve been known as one of the eco-friendliest and healthiest modes of transportation for years.

The same could soon be said of traveling by scooter. Lime, for its part, reports that more than 250,000 trips have been taken on its scooters since its San Francisco launch, which translates to an “offset in airborne pollutants … equivalent to 280,389 lbs CO2 saved.”

And while it might not be a vigorous cardiovascular workout, it could be argued that it’s still healthier than a mode of transportation where the commuter is largely sitting — whether that’s in a car, bus, or subway train.

But just as many emerging transportation trends before it — like ride-sharing and autonomous vehicles (the second of which is still in it earliest days) — there are safety concerns to consider alongside the benefits. Scooter riders still need to share the road with cars (riding on sidewalks is discouraged), and as I mentioned earlier, the enforcement of the helmet requirement is ambiguous.

If I had to predict scooter-sharing’s viability, I would specifically point out how, historically, transportation and related safety concerns have evolved. Automobiles, for example, didn’t always have seatbelts. Once upon a time, helmet laws for traditional bike riders didn’t exist. And as for ride-sharing, we’re watching it continue to iron out its kinks in real time.

But have a look at the progression of user numbers within the ride-sharing industry since 2016 — and where it’s expected to go by 2022. 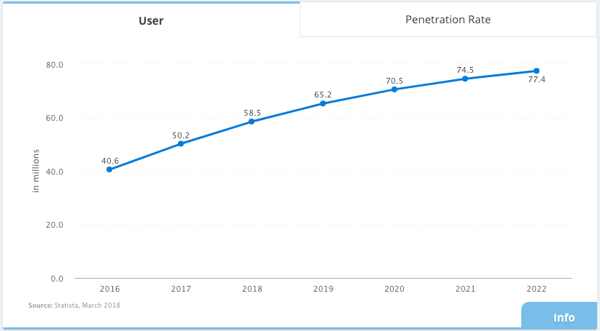 When Uber first emerged in 2009, it was nearly unheard of — especially on the east coast. There were few drivers. The idea seemed like a radical novelty. And getting a ride took, if I remember correctly, at least 20 minutes before the car arrived.

At present, scooter-sharing appears to be at a similar point. There appears to be some lack of awareness around it, as well as accessibility — the service is in its earliest stages and is only available in a limited number of cities.

Despite this lack of awareness, investors have taken note.

Take Lime, for instance, which recently received a direct investment from Alphabet (Google’s parent company) — which is part of a bigger $300 million funding round. That round also includes GV — Alphabet’s investment arm — which was also an earlier investor in Uber.

Are we seeing a pattern yet?

Whether good or bad, the concept of scooter-sharing raises eyebrows — and could be here to stay. Let’s watch, and see where this new, niche ride takes us.