Why “Motivation” Is Keeping You Stuck 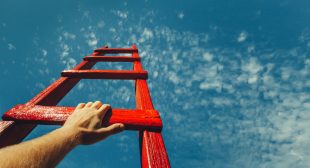 Republished with permission via NoahStJohn.com

In the late 80’s and early 90’s, I was one of the most miserable people you ever met.

I moved to California to pursue my dreams. A friend let me sleep on his couch.

Having no earthly idea how to get a job as an actor, I went to the library and read books on that very subject.

They said to polish up your résumé and get a headshot taken. I didn’t even know what that meant!

I pounded the pavement going from one audition to another.

But Hollywood was underwhelmed by my performance.

Every day was a constant stream of rejection: “Thanks, but we’ve decided to go in another direction.”

I decided to commit suicide.

Just as I was about to kill myself, something stopped me.

No, what stopped me from committing suicide all those years ago was the sight of a child’s bicycle – and knowing that if I asphyxiated myself in that garage, someone – a family, strangers I would never meet – would find my dead body, and their lives would be forever traumatized.

And I realized that it wasn’t fair to do that to someone.

I couldn’t be that selfish.

It was shortly thereafter that I began my studies of the nature of God and man, of what I later started to call the Inner Game and Outer Game of Success…

Which led me to discover Afformations®…

Which led me to discover success anorexia, Permission to Succeed® and Performance & Profit…

Which led me to start my company SuccessClinic.com in my college dorm room in 1997…

Which has allowed me to fulfill, and then exceed, the dreams I set for myself all those years ago.

No, I’m not in my twenties any more. (Or my thirties. And my forties are rapidly nearing their end. Yikes.)

I’m only slightly famous and if not “rich”, I can claim something that’s perhaps more important – I’m financially free.

What motivated me in my younger days was the desire to be important, to be seen by others as being successful.

And when it didn’t happen, it nearly crushed me.

I nearly killed myself because I fell short of those “goals”.

Today what motivates me is far simpler:

To be a good person.

To love my wife. To show her by my actions that I love her.

To set a good example for my children.

To add tremendous value to my Customers around the world every day.

To act with integrity, honesty, and humility.

Talk is cheap. It is only through our actions that we have the power to make real, lasting change.

That’s why, this year, I encourage you to look at what “motivates” you and get back to the truth of Who You Really Are.

The world is waiting for YOU.

The post Why “Motivation” Is Keeping You Stuck appeared first on FinerMinds.